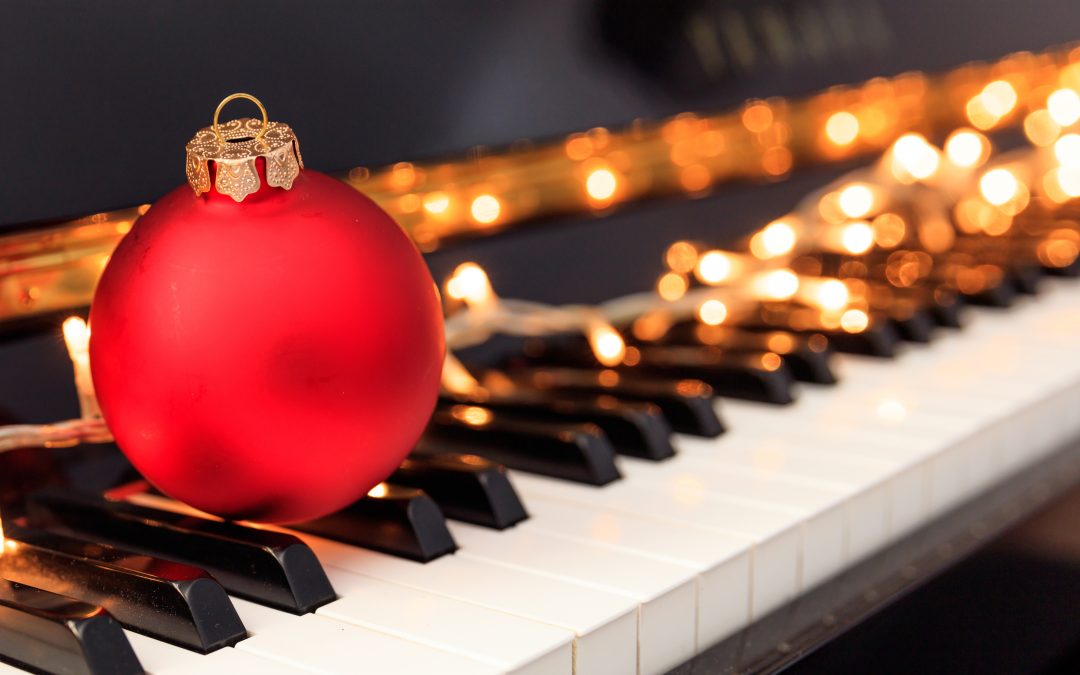 Christmas music is perhaps the fastest way to evoke the spirit of Christmas in our homes and workplaces. Whether we’re children still learning the lyrics or adults filled with nostalgia, Christmas music is the source of warm, joyful emotions that move our hearts.

Over the decades, talented pianists have lit up the ivory keys with magical arrangements of the holiday music we all know and love. We’ve compiled a list of our 14 favorite Christmas piano songs of all time to spread some Christmas cheer and help you enjoy the spirit of the season!

An advent hymn originally written as an antiphon around the 8th century. In the 1800s, English Minister, John Mason Neale translated and arranged the hymn into the version we’re familiar with today.

Although the meaning of the lyrics still remain a mystery, this carol has enjoyed popularity since its publication in 1666.

3. “Christmas Time is Here” performed by the Vince Guaraldi Trio.

A team of writers and producers approached Guaraldi in 1965 to collaborate on a Christmas Special featuring the characters from Peanuts. They wanted a unique style of music to set the cartoon apart from Saturday morning cartoons. What they got was a timeless score that’s now considered a classic part of Christmas.

4. “Santa Claus is Coming to Town” performed by Bill Evans.

5. “Carol of the Bells” performed by David Hicken.

This song was written by Peter Wilhousky after listening to a choir arrangement based off a pre-Christian Ukranian folk song that young girls sang to wish people a bountiful new year.

This song dates back as early as the 15th century, although no one knows its original author. In 1833, this song was included in an anthology of Christmas music and has been a Christmas classic ever since.

Originally titled “ Carol of the Drum,” this song was based on a Czech folk song. It quickly gained popularity after its first performance by the Trapp Family Singers in 1951.

9. “Hark! The Herald Angels Sing” performed by Lorie Line and The Fab 5.

Although the lyrics were written in 1739, they weren’t coupled with the melody we recognize today until 1855!

These upbeat lyrics were written by Richard Smith, a young man suffering from tuberculosis. The words expressed his wish to enjoy the winter season like a healthy, normal person. His friend, composer Felix Bernard, set the lyrics to music. Although Smith didn’t live long enough to witness his song’s success, his song remains a part of the Christmas canon.

Written in 1857 by rector John Henry Hopkins, Jr, this was the first carol written in the United States to gain worldwide popularity.

Ironically, this song was written in 1945 on a hot California day. Although there’s no mention of the holidays, it’s often played during the Christmas season and regarded by many as a beloved Christmas song.

13. “Have Yourself a Merry Little Christmas” performed by Jacob Koller.

This song was written for Judy Garland to sing in the movie Meet Me in St. Louis. The original version was so sad, Judy refused to sing it. The revised version is the one we’re familiar with today.

One of the first songs composed by Leroy Anderson when he got out of the Army in 1946. Written that summer during a heat wave, the lyrics were added 5 years later after the song already experienced immense popularity.